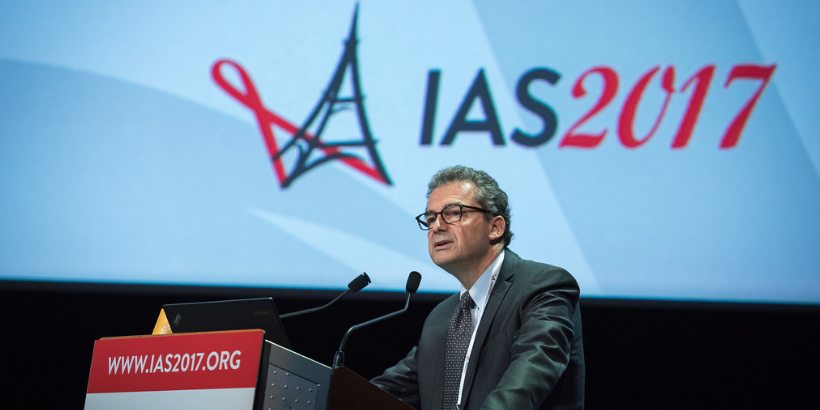 Today’s plenary session started with basic science regarding antiviral proteins that directly or indirectly inhibit specific steps of viral replication. Paul Bieniasz from Rockefeller University, United States, was the ideal presenter of the interplay between host restriction factors (RF) antagonizing HIV and the HIV proteins counteracting these restrictions (Vif, Vpx, Vpu)(TUPL0102). There are two types of RF: those that reduce the yield or infectiousness of viral particles from infected cells like tetherine and APOBEC3, and those that reduce the susceptibility of target cells like TRIM5 and Mx2. Understanding the mechanisms by which antiviral proteins work and how they are evaded or antagonized by the virus can provide opportunities to develop new approaches in therapy, animal models and vaccines.

Sandra G Sosa-Rubi from National Health Institute, Mexico, focused on economic incentives for HIV prevention in Latin America (TUPL0103). She presented a Mexican programme named Punto Segura as an exemple of use of economic incentives to promote behavioural change and linkage to health services. Results show that small economic incentives (monetary compensation) that are feasible and acceptable among vulnerable populations such as Men Sex Workers (MSW) were associated with higher retention to care and greater report of condom use. Behavioural economics can help developing strategies targeting hard to reach populations. Incentives could include transportation, food, credit support and should be adapted to social contexts and the specific people’s needs to support the effectiveness of HIV prevention interventions and treatment care.

The bridging session on primary HIV infection and early treatment took place in an overflowed amphitheater. Christine Rouzioux from Université Paris Descartes, France (TUBS0102), focused on the opportunity of treatment initiation at the time of primary infection in order to reduce the size of the blood and semen reservoir, but also to protect the immune system and especially the long-live TCM cells.

John Frater from Oxford University, United Kingdom, provided arguments about the clinical meaning of acute treatment stating the lack of solid virological or immunological biomarkers in order to assess outcomes on ART (TUBS0104). Randomized trials are needed in order to exclude that some Post-Treatment Controllers are actually Treated HIV Controllers.

Jintanat Ananworanich from the US Military HIV Research Program (MHRP), United States, described possible interventions in the context of early treatment (TUBS0106). She discussed planned clinical studies in Thailand in order to reduce viral reservoirs and increase immune control during hyperacute HIV-1 infection. These studies could determine whether manipulation of reservoirs and immune responses could be translated into clinical benefits and long term disease outcomes.

The bridging session on the Microbiome assembled presentations of outstanding importance.  Jacques Ravel from the University of Maryland School of Medicine, United States, described the vaginal microbiota (TUBS0203). It can be quantitatively and qualitatively modified among ethnic groups, during infections (Lactobacillus spp normally dominant), during women’s lifespan or even during menses. Intravaginal Bacterial community state types may contribute to variations in the diffusional barrier properties of CervicoVaginal mucus and influence risk of HIV or other STDs.

Jason Brenchley from the Laboratory of parasitic diseases, NIAID, NIH, United States, discussed about microbiome in animal models (TUBS0204). He showed studies proving that GI tract-resident microbes contribute to exacerbated inflammation and to SIV/HIV progression. It is currently unknown to what extent dysbiosis of the GI tract may be responsible for susceptibility to HIV infection or if it is caused by infection in HIV-infected individuals. Induction of GI tract microbiome dysbiosis does not influence untreated disease progression.

Nichole Klatt from the University of Washington, United States, presented evidence of her latest study (CAPRISA-004) (TUBS0205). She showed that vaginal microbiota impact microbicide/PrEP efficacy and HIV acquisition. Indeed, tenofovir is rapidly depleted by Bacterial Vaginosis-associated bacteria, because it is metabolized to adenine by Gardnerella vaginalis, more rapidly than target cells can uptake for protection.