In a mild strike context took place the third and last day of the conference, already launching the invitation for 2019’s edition in the beautiful Basel, Switzerland.

Andri Rauch (University Hospital Bern, Inselspital, Switzerland) focused on the eradication of hepatitis C in HIV coinfection using direct acting antiviral agents (DAAs), even in previously difficult-to-treat patients (PL5). It has been estimated that 2.3 million patients are concomitantly infected with HIV and Hepatitis C worldwide. HCV eradication strongly reduces one of the most common causes of morbidity and death among people living with HIV, and therefore prevents onward HCV transmission.

Linos Vanderkerckhove (University of Ghent, Belgium) highlighted the combined effect of early treatment and vaccine based immune boosting, as well as the role of immune checkpoint inhibitors and antibody based treatment for achieving an HIV Cure (PL6). Understanding of recently described markers for latency and of replication competent reservoir both in the blood and peripheral tissues will be crucial in order to move the HIV Cure field forward.

Lyle R. McKinnon (University of Manitoba, Winnipeg, Canada) inaugurated the oral presentations of the Parallel Session PS10 on Immune Response and HIV Cure, describing correlations between T Helper 17 (Th17) and Regulatory T Cell (Treg) frequencies prior to HIV Infection and the rate of HIV disease progression (PS10/2). Participants were women from South Africa that were enrolled in the CAPRISA 004 study. While these immune markers did not correlate with HIV acquisition, frequencies of TH17 correlated with virologic markers of disease progression such as increased peak and set point VL (r=0.427, p=0.026 and r=0.473, p=0.013) and frequencies of Treg (CD127lowCD25+FoxP3+ CD4+ T cells) correlated with both virologic and immunologic markers of disease progression such as more rapid rate of CD4+ T cell decline < 500/ul (HR 1.32, 95% CI 1.04, 1.67, p=0.022), and lower setpoint CD4:CD8 ratio (r=-0.389, p=0.012).

Milosz Parczewski (Pomeranian Medical University, Department of Infectious, Tropical Diseases and Acquired Immune Deficiency, Szczecin, Poland) presented results of the reconstruction of German-Polish HIV-1 subtype B transmission networks and phylogenetic evidence of binational transmissions (PS10/3). Subtype B datasets from German and Polish were used to construct maximum likelihood phylogenetic trees and to identify clusters and spatial networks between these two countries. Eight international clusters containing a total of 280 taxa were identified. Six of the clusters contained intermixed German-Polish sequences with MSM the predominant transmission route. Mean intercity distances for these observed international networks ranged from 138±87 km to 630±260 km. These results reflect the existence and size of international networks, especially among MSM, with a bidirectional flow of transmissions.

In the “Sex” Parallel Session PS12 Luisa Salazar-Vizcaya (Department of Infectious Diseases, Inselspital, Bern University Hospital, University of Bern, Bern, Switzerland) presented the very interesting approach within the Swiss-HIV-Cohort-Study (SHCS) of inferring clusters purely based on patterns of condomless anal intercourse with non-steady partners (nsCAI) over the last 17 years (PS12/1). Overall, the fraction of MSM with nsCAI increased from 16% to 60% between 2000 and mid 2017, with dissimilar behaviours across clusters. This increase is attributable to two clusters accounting for less than half of the population. Sociodemographic variables were insufficient to explain heterogeneity in risk behaviour, because the distributions of age, ethnicity, education level and year of registration were homogeneous among clusters. This original dynamic approach could therefore be used as an exemple to define target key populations for behavioural interventions.

David Zucman (Hôpital Foch, Suresnes, France) described implementation of targeted HAV vaccine, as well as uptake of HAV immunization of MSM followed in their hospital between March 2017 and August 2017 (PS12/2). Among 257 HIV-infected MSM and 31 MSM taking PrEP that were followed in this center, 76% of HIV+ MSM and only 39% of MSMs taking PrEP were immunized. A total of 50 HAV seronegative patients were vaccinated and HAV vaccine coverage increased from 53% to 84% in HIV + MSM and from 20% to 89% in MSM taking PrEP. Improved access to the HAV vaccine and monitoring of the implementation of HAV vaccination could be urgently needed in order to control outbreaks such as the one evidenced in Paris since March 2017.

David Stuart (Chelsea and Westminster Hospital, London, United Kingdom) presented outcomes of a tailored chemsex support service (CSS) at a London sexual health clinic (PS12/3). Data were collected from 1692 individuals before and six months after the behavioral intervention. 71% of those undergoing STI screening had a positive STI diagnosis at baseline falling to 38% after the intervention; post-exposure (PEP) prophylaxis presentations fell from 33% to 4% with reductions in chem use/condomless anal intercourse and increased PrEP use, but no change in STI/HIV testing behavior. Self-reported outcomes from attenders of four or more sessions demonstrated a reduction in risk behaviors and increased control over drug use, with improved engagement in non-sexual social activities, reduced rates of STIs and PEP use and improved adherence to cART.

Teymur Noori (ECDC, Surveillance and Response Support, Stockholm, Sweden) discussed results from the 2017 Hornet/ECDC survey regarding current use of PrEP, likelihood of future use, and indicators of potential PrEP candidacy in an opportunistic sample of European men who have sex with men (S12/4). Among the 10764 non-HIV positive respondents, 1071 (9.9%) reported currently taking PrEP, most frequently obtained from a physician (28.1%), the internet (24.8%), friends (10.1%), and/or research studies (10.1%). Among men not on PrEP, 16.7% had been diagnosed with an STI and 4.9% had used post-exposure prophylaxis during the previous year. This snapshot of PrEP use in Europe illustrated a high level of non-licenced current use, high likelihood of use in the next six months, and unmet need for PrEP use based on reported risk behaviour.

Giuseppe Lapadula (San Gerardo Hospital, Infectious Diseases Unit, Monza, Italy) discussed acceptability and results of a street-based HIV- and HCV-rapid testing program among Female Transgender Commercial Sex Workers (FTG-CSW) in Milan (S12/6). Between May and July 2017, 116 CSW-FTG were contacted. Overall, HIV prevalence was 14.6% among the 48 individuals who accepted rapid oral tests for HIV, but none of the subjects was linked-to-care at the time of the study conclusion, hampering the potential benefit of this strategy. Nobody tested positive for HCV. 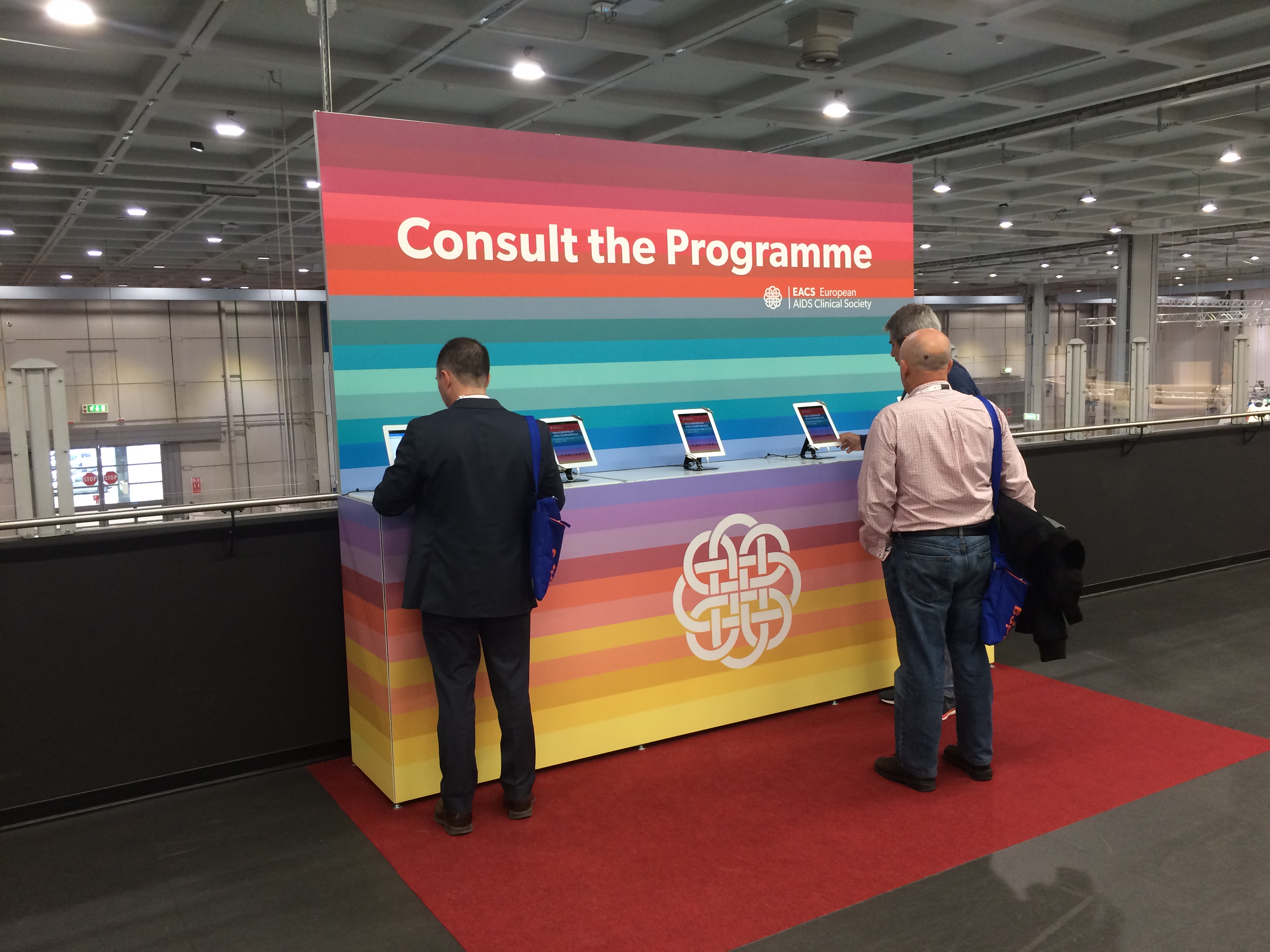 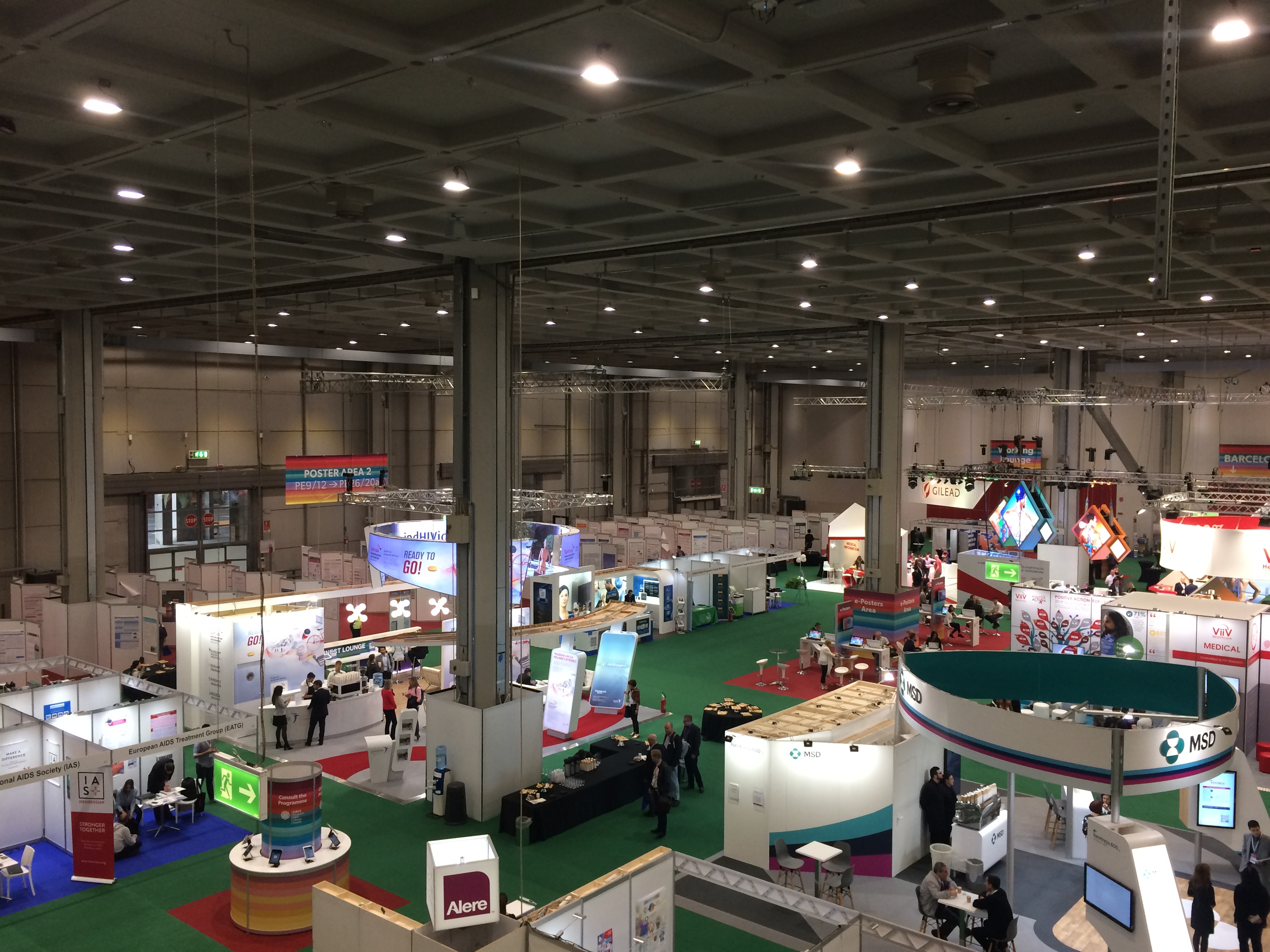