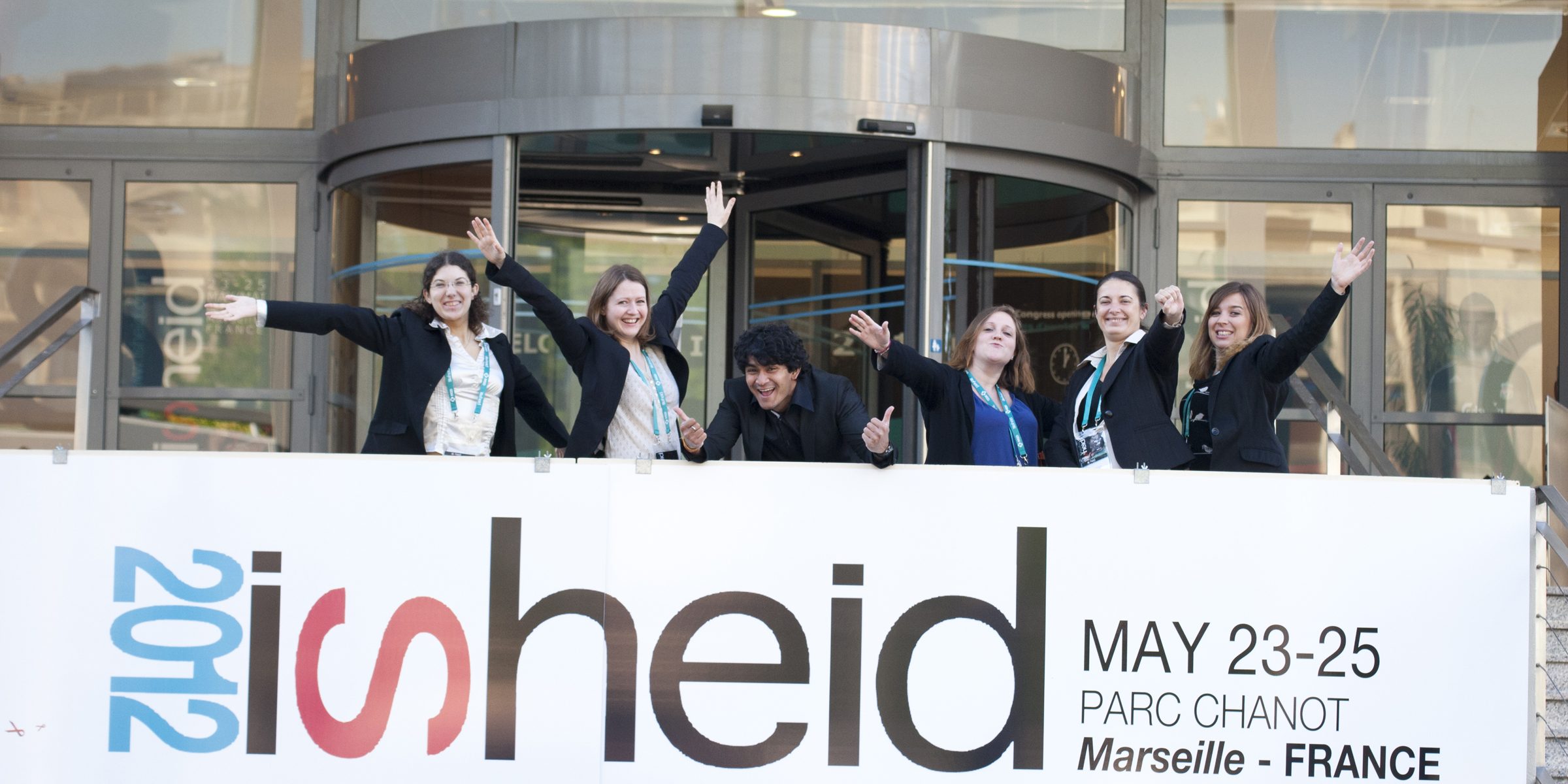 The 2016 ISHEID started with a first session on Emerging Infectious Diseases.

Claudia Robles Hellin from the International Agency for Research on Cancer (Lyon, France) presented the state of the art of human papillomaviruses (HPV). There are 224 different species of human papillomaviruses from which 12 are recognized as carcinogenic. The overall world prevalence of this infection is 12 percent with wide differences between countries (more than 30 percent in Eastern African or the Carribean). According to an evaluation done in 2008, there are 607,000 annual cancer cases related to HPV including 530,000 cases of cervical cancer.

Session 2. INDUSTRY-SPONSORED SYMPOSIUM BY GILEAD: WHAT ARE NEW PERSPECTIVES FOR HIV PATIENTS?

The second presentation was given by Christian Drosten (Bonn, Germany) on the ecology and evolution of new RNA viruses. The speaker showed what was the knowledge on beta-coronaviruses in 2001-2002 when SARS occurred and how it extended 10 years later when MERS emerged. He showed how biodiversity research enables virus recognition. He demonstrated how it is possible to retrace the ancient origin of different viruses and deep lineage evolution. For example, bats carry a pathogenic hepadnavirus antigenically related to hepatitis B and capable of infecting human hepatocytes.

As bats and rodents represent more than 60% of mammalian species, focusing on their studies provides a lot of information.

The third presentation was given by Harry Dalton (Cornwall, UK) on hepatitis E. He stressed that acute infection is frequently asymptomatic and undiagnosed. Hepatitis E might be tested for in different situations: acute hepatitis in non-travellers, patients with drug-induced liver disease (hepatitis E is found in 13% of them).

Hepatitis E has been also associated with neurological conditions such as Guillain Barre syndrome and neuralgic amyotrophy.

Chronic hepatitis E infection has been demonstrated in transplant recipients (the prevalence across Europe is 1-2%) and in patients with haematological malignancies.

The importance of hepatitis E has been underestimated in the past due to the bad performance of serological tests. For example, in a study performed in Toulouse, France, the seroprevalence was 16% with the Genelabs test and 52% with the Wantai test.

Finally, the session ended by a presentation of Deborah Fuller (Seattle, USA) on increasing the efficacy of anti-flu therapies by their computer design. The team designed a potential drug called HB 36.6, which is administered intra nasally. In a mice model, it was shown able to both prevent infection and increase the rate of recovery. In combination with Tamiflu, no death was observed in this animal model.

An average of 150 millions people are chronically infected by Hepatitis C virus (HCV) worldwide resulting in significant mortality and morbidity related to hepatic and extra-hepatic manifestations.

In the Hot Debate in Hepatitis Infections session Stanislas Pol (Cochin Hospital, Paris, France) and Karine Lacombe (Saint Antoine Hospital, Paris, France) debated about the terrific improvement of the sustained virological response done by the Direct-acting antiviral drugs (DAAs). These DAAs target the main viral proteins involved in the replication cycle of HCV and combine NS3/4 protease inhbitors (Simeprevir or Paritaprevir boosted by ritonavir), NS5B nucleosides (Sofosbuvir) and non nucleoside (dasabuvir) nucelotide inhbitors and NS5 A inhibitors (Ledipavir, Daclatsvir, Elbasvir, velpatasvir). The therapeutic revolution combines 2 or 3 second wave of DAAs, with or without Ribavirin (RBV) but without Interferon. The combination are given for 8 to 24 weeks, according to baseline factors including fibrosis stage, genotype and subtype, baseline viral load, prior therapeutic history of the patient and pre-existing resistance-associated variants ( RAVs) and reach SVR rates greater than 90% with a good tolerance. This SVR rates are similar in the clinical trails and in real life. The costs which will be markededly reduced with generic drugs, the risk of RAVs (around 4%), the risk of adverse events (<1%) are the unique and rare limitations for considering the access to cure in HCV –infected patients.

However, there are numerous challenges on the road towards HCV elimination that go beyond “pangenotypic” treatments. These challenges tacking the HCV epidemy are represented by several factors included: Magnitude of Hidden epidemy, the management of the liver after cure, the reinfection after cure and the need of decentralisation of care and treatment.

Brouard C. et al (BEH 2015) underlined the magnitude of the Hiden Epidemy with more than 100 000 patients not aware of their serostatus (43%), of whom 55% women. In terms of services, another critical challenge is decentralizing and broadening HCV-related care to tackle the epidemic. Constraints associated with the lack of human resources and remoteness of many rural areas are not only difficult barriers to overcome in resource-limited countries, but also in widespread Western countries. One encouraging example can be found with the ECHO project, in which local GPs were involved with academic structures via videoconferencing in Arizona and Utah. Using this intervention, the SVR was no different in patients treated within this framework compared to those treated in academic centers.

The magnitude of HCV reinfection was reported by Martin T. (EASL2016) in a multisite, observational study conducted in the UK, Germany, France and Austria (NEAT network) including 482 MSM after 1st episode of acute HCV, mainly genotype 1. They reported a high reinfection incidence at 7.6/100py representing 121 reinfections over 1583py of follow up.

2/ the Persisting risk of End stage Liver Disease beyond cure was reported by Simmons et al (Clin Infect Diseases 2015) in a Meta-analysis of 31 studies (33,360 patients) and by Innes et al (Hepatology 2016), reported that the largest part of attributable fraction due to liver disease but 45% and 34% respectively, due to other causes (namely “adverse health behaviors” such as alcohol consumption or drug use).

In conclusion, despite the high pangenotypic efficacy of the different regimens, easy-to-use with fair safety and allowing clinical benefits, many challenges still lay ahead, beyong cure : the Magnitude of the hidden epidemic can be solved by increase awareness and screening, the number of individuals to treat have to be increase by largest access to care with decentralization policies, the dramatic risk of reinfection have to be decrease by a more definition of best therapeutic and behavioral management and the persisting risk of health hazard after cure can be improve by an Implement an integrated approach to HCV care, including other health dimensions (addiction, psychology, etc.).

The keynote lecture concerning the ZIKA virus (ZIKV) took place at the end of the afternoon. Nikolaos Vasilakis (Institute for Human Infections and Immunity, Galveston, USA) did an outstanding presentation on this previously obscure virus that is closely related to dengue, Spondweni and yellow fever viruses. ZIKV was first isolated from the serum of a monkey in 1947, and then from Aedes africanus mosquitoes collected in the same forest of Uganda. It is mostly a sylvatic virus responsible of limited outbreaks, but humans can bring ZIKV in the urban environment from forest zones of emergence. There was a historic spread of ZIKV around 2007 from Gabon to Cambodia, French Polynesia and then to Latin America reaching pandemic levels. Around 1,5 million of ZIKV infections have been estimated in Brazil alone in 2015-16, but only 8672 of these infections were laboratory confirmed. Just like other African viruses (Yellow Fever virus and Chikungunya viruses), there was emergence into urban transmission cycle since stable enzootic cycles. Hypotheses for the recent ZIKV emergence support that ZIKV underwent adaptive evolution to enhance infectivity of urban Aedes spp vectors, viremia, as well as transmission efficacy. Major outbreaks of ZIKV in Africa or Asia have never been detected due to difficulty in clinical diagnosis, as well as lack of surveillance. Concerning ZIKV pathogenesis, up to 80% of infections are asymptomatic or subclinical (flu-like illness), and disease is self-limiting after approximately one week. Fatal ZIKV is seen in patients with underlying health conditions, and congenital malformations (microcephaly or hydrops fatalis) or clinical complications (Guillain Barre syndrome and ocular manifestations) concern different recent case series. Even if congenital malformations can occur during all three trimesters of pregnancy, the doubt of transplacental transmission still persists. Diagnostic challenges still persist, considering the complexity of Flavivirus Immune Responses, and especially cross-reactive epitopes between Flaviviruses. Molecular tests are more valuable but can be positive only during the short viremia period. New tools of ZIKV infection have been recently developed (murine models, murine pregnancy model, infectious cDNA clone of ZIKV) in order to better understand and control the ongoing outbreak.

Tamar GINOSSAR (University of New Mexico, Albuquerque, New Mexico, USA) talked about HIV Health Providers’ burnout that is a psychological syndrome resulting from prolonged interpersonal stressors in an occupational setting that is distinct from depression or fatigue. HIV Health Providers are at increased risk of burnout (social isolation, experiences of stigma, frustration of working with a chronic illness, feeling of helpless), even if HIV is no longer a life-threatening illness, but rather a chronic condition. The goal of her study was to examine the relationship among HIV healthcare providers’ burnout (emotional exhaustion and depersonalization) and organizational culture including teamwork, involvement in decision-making, and critical appraisal. Her results revealed that teamwork and involvement in organizational decision-making were negatively related to emotional exhaustion and depersonalization. In addition, teamwork best predicted reduced emotional exhaustion, and critical appraisal best predicted depersonalization. Long attitudinal studies are therefore needed to examine the dynamics of burnout.Vikram Mehraj (McGill University Health Center, Chronic Viral Illness Service, Montreal, Quebec, Canada) presented clinical and socio-demographic characteristics associated with treatment initiation during primary HIV infection (estimated date of HIV acquisition of less than 180 days). A total of 336 adult HIV-1-infected individuals participated in the Montreal Primary HIV Infection Study. They were mainly male (95.7%), MSM (78.7%), Caucasian (81.1%) with an average age of 36+/- 10 years. They presented with a median CD4 T-cell count of 510 cells/uL, and a viral load of 4.6 log copies/ml. Lower socio-economic status independently delays ART initiation in recently diagnosed individuals.

Gilles Darcis (Brussels University ULB, Molecular Virology Department, Gosselies, Belgium) grouped and analyzed patient data from two recent HIV reactivation studies (Darcis et al, PLoS pathog 2015; 11: e1005063 et Bouchat S et al, EMBO Mol Med 2015). His objective was to investigate the role of the size of the HIV-1 reservoir in the reactivation capacity of Latency Reversing Agents (LRAs) ex vivo. He showed a statistically significant positive correlation between the size of the HIV-1 reservoir and the frequency of positive HIV-1 recovery measurements in response to various LRAs (ex vivo cultures of CD8+ depleted PBMCs and resting CD4+ T cells). The same positive correlation existed between the size of the HIV-1 reservoir and the median level of extracellular HIV RNA measured in the supernatants of tested conditions for each patient. He showed a great variability between individuals concerning their reactivation capacity relative to their HIV reservoir size. This observation may be important in terms of optimization of the “shock” strategy by choosing an individualized LRA treatment.